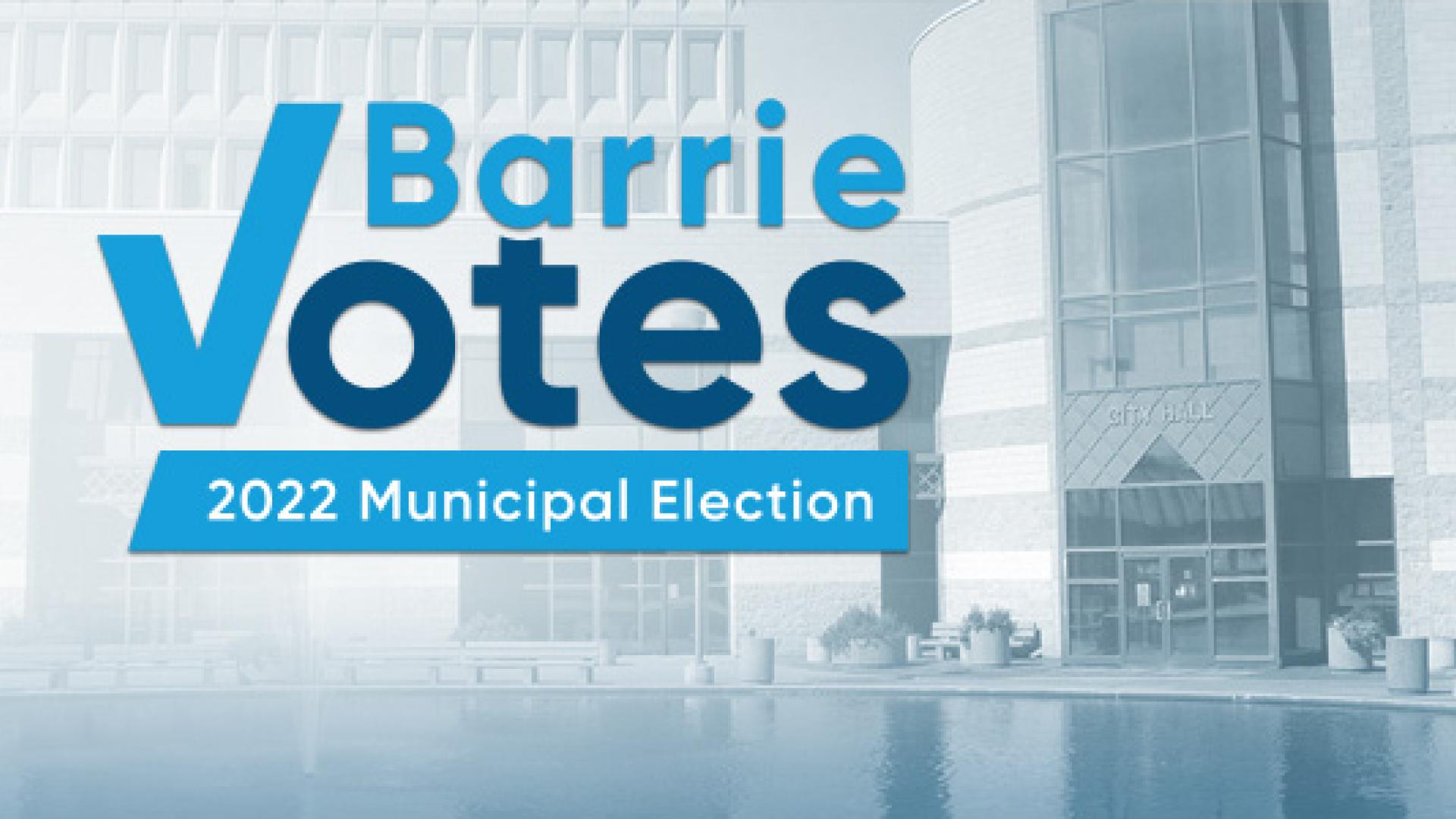 The final voting day for the 2022 Municipal Election is Monday, October 24, 2022. This page contains the information you'll need to cast your votes in Barrie's municipal election. For any assistance please call 705-728-8683 (VOTE) or email Be.Counted@barrie.ca.

As the 2022 Municipal Election approaches, this webpage will be updated as information becomes available. Please check back regularly for up-to-date information.

Voter Information Letters are in the Mail!

Electors who are on the voters' list will receive a voter information letter by regular mail starting the first week of October 2022. The voter information cards will contain a personal information number (PIN) specific to the elector with information on the voting process and casting your ballot for Barrie's 2022 Municipal Election.

Guide to Voting in Barrie's Election

The City of Barrie is making voting easy, accessible, and convenient.​ Go through the steps below to ensure your votes are counted.